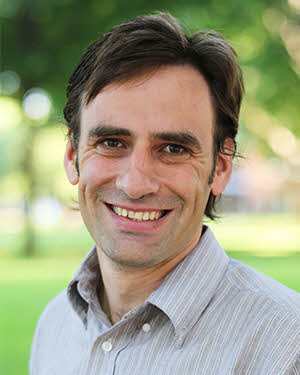 Purpose of the Collection

The Harold and Wilma Good Library supports the Goshen College curriculum by developing a quality collection that is accessible to all, academically excellent, and committed to meeting the current needs of students, faculty, and community members.

The Good Library collects materials to support the curriculum of undergraduate majors and minors, adult degree or continuing education programs, and graduate programs.

Secondarily, the library seeks to develop a collection that focuses on the following:

The Good Library supports a large number of Goshen College programs. Each program comes with its own costs, recommended databases, periodicals, etc. In order to better understand which resources are necessary for different academic disciplines, we will use the current GC benchmark schools to compare and contrast the resources used at each of these libraries to support their college’s programs when making selection and deselection decisions of materials that cost more than $500.

Selection of resources for the Good Library is a joint effort between librarians and teaching faculty. Teaching faculty are the subject matter experts in their fields and their input in developing subject area collections are vital to the overall quality of the collection. This expertise is especially useful in selecting physical and digital books, media, etc. However in order to better reflect the changing academic information market, librarians will be in charge of all decisions regarding continuing cost resources (databases and journals). All faculty have access to a shared funding pool from which to place orders for these one-time materials. Use of this pool will be on a first come first served basis and faculty members are encouraged to submit orders throughout the academic year. Additionally some individual departments whose fields require additional spending will have access to additional funding.

Thanks to strong staffing and robust systems, we can typically deliver requested items within 2 business days (electronic articles) or 5 business days (books and other physical objects). We also work hard to keep costs down by participating in three different resource sharing programs and supplying $15 towards the cost (if there is any) for any request.

The library provides access to more resources now than ever before. This is due in large part to the increase of the subscription based model, which allows the library to devote more funding for the procurement of resources and less to upkeep costs. Whether it is e-books, online periodicals, or electronic databases, these resources are accessible to all members of our community regardless of their ability to come into the physical library.

The physical building that houses our library continues to be an asset to our college. High door counts, space usage tracking and anecdotal evidence tells us that students continue to rely heavily on the physical spaces of the library for quiet study, group work and even napping.

One of the best ways to keep a collection relevant to the needs of the campus and community is through regular continuous weeding. Continuous weeding enhances the library’s value to the campus as a source of reliable, current information. It saves space and reduces clutter, which helps library users find materials more efficiently and reduces the amount of labor needed to maintain the collection. Continuous weeding also provides ongoing feedback on the collection’s strengths and weaknesses as well as a systematic way to address mending, binding, and replacement needs.

Faculty members are welcome partners in determining which items remain relevant to our collection, however librarians are the final decision makers in regards to whether a book stays in the collection or not. Depending on the nature of the collection, the library uses the following factors to evaluate deaccession candidates:

Harold and Wilma Good Library accepts books, journals and other resources that support the teaching and research objectives of Goshen College. Because student and faculty interests are diverse, the library can make good use of gifts in many subject fields. We do, however, reserve the right to dispose of unneeded gift materials by selling, trading, or recycling them. Upon acceptance, all gift materials become the property of Good Library.

Please contact your liaison librarian or the Technical Services Librarian to discuss possible donations to the library’s collection.

Material gifts to Good Library are considered non-cash charitable donations. The donor is responsible for estimating values or arranging a professional appraisal before the gift is made. (The IRS requires a professional appraisal for any tax deduction over $5,000.) Because the Internal Revenue Service regards the College as an interested party, Good Library cannot provide appraisals. Donors may want to consult IRS Publication 561: Determining the Value of Donated Property for additional guidance.

Donors offering books of Anabaptist-Mennonite (including Amish) interest may contact the Mennonite Historical Library (MHL) at (574) 535-7418. The MHL generally handles materials of genealogical or local historical interest as well.

Good Library welcomes monetary gifts to support its services, collections, and facilities. For further information, contact the Development Office at (574) 535-7558.

The Mennonite Historical Library (MHL) is located on the third floor of the Good Library, however it is an independent library with a separate budget and staff. Holdings cover the period from the 16th century to the present, documenting Reformation and Anabaptist history and dealing with Anabaptists, Mennonites, and closely related groups worldwide. Goshen College faculty, staff, and students may check out items in the MHL circulating collection.

As a general policy, books purchased and managed by the library should remain in the physical library building. However there are two branch library collections that are designed to respond to specific needs. The library supports student learning by shelving resources where they are most useful, while at the same time balancing the needs of the greater student body for access to library materials.

Selected reference works are needed by students and faculty as they are working in the lab. These books are most usefully shelved in the chemistry reading room, a few steps away from laboratories. Other books with chemistry topics have a broader appeal and are more appropriately shelved in the Good Library.

Books meeting the following criteria will be cataloged for the chemistry reading room,

This collection serves the Merry Lea sustainability, agroecology, and environmental education programs. Funded through the Merry Lea budget, books purchased for this collection are cataloged by the Good Library, but are managed on a daily basis by Merry Lea staff. Books are kept at both the Reith Village and Learning Center areas on the Merry Lea campus.

This collection is focused on building peace through literature and the arts and provides books, artwork, plays and theater props, curriculum, and music appropriate to children ages 4-14 and their teachers. It is located in the lower level of the library and is accessible to the campus community and the local teaching community.

The board game collection is located on the first floor of the library and includes a range of classic and modern board games. In addition to supporting Goshen College’s Game Development minor, the game collection represents both a fun social engagement and a learning experience for students, faculty, and staff. Additions to this collection focus on quality of design, balance of the collection, and appeal to the community. Suggestions for titles to purchase or donations are welcome.

Located in the Reference room, this collection focuses on the genre-spanning graphic novel format. In addition to supporting the Graphic Novel class, this collection serves to provide readers with an engaging experience that combines both illustration and text. Additions to this collection focus on collecting from diverse authors, high appeal to a range of readers and quality of the book. Suggestions for titles to purchase or donations are welcome.

The Hartzler Music Collection of American Tune Books and Hymnals includes approximately 3,000 titles from 1566 to the present. Most of the collection consists of American 19th-century tune books and hymnals. This collection is not restricted along denominational or regional lines. The Good Library online catalog contains records for many, but not all, of the materials in this collection, however this collection is housed in the MHL.

The Curriculum Library is located in the south end of the lower level and contains textbooks, education kits, curriculum guides, and other materials designed to support the needs of education students. Donations of recent textbooks (less than 5 years old), especially those used in local schools are especially welcome. Funds for this collection come from both the library general budget and the education department allocation.

The Mary Royer Reading Room houses an extensive collection of children’s books ranging from picture books up to young adult books. The purpose of this collection is to support the Education department and to also provide the campus community with quality children’s literature. The collection is subdivided into the following sections: Fiction, Non-fiction, Biography, Folk, Poetry, Historical, and Foreign Language. Funds for this collection come from the Royer Reading Fund, the Education department and the library general funds.

A collaboration of Earlham, Goshen, and Manchester colleges this collection provides primary documents - including minutes, diaries, correspondence, pamphlets, newspapers and periodicals - ranging in date from the 1700s to the present. The archive chronicles the social justice efforts of the students and faculty of these colleges as well as the members of their affiliated historic peace-churches - Quakers, Mennonites and the Church of the Brethren.

Located in the Reference room, this collection is designed to encourage reading for pleasure across the Goshen College community. Focusing on fiction with some short stories, essays and poetry, this collection includes recent award winners from a range of genres, bestsellers, and other books requested by students, faculty and staff. Books in this collection are evaluated in terms of appeal and use, so this collection will be weeded on a regular basis.

The library provides resources and training to faculty and students on a variety of research tools such as institutional repositories, citation managers, instructional aids, and research project organizers.

The Jesse D. Hartzler Collection is owned by the Good Library and housed in the rare book room of the Mennonite Historical Library on the campus of Goshen College. The collection contains 3,106 musical books with a strong emphasis on American nineteenth century hymnody. The books are broadly classified into 20 categories. A list of the categories and a description of their contents follows.

1. On Hymns and Hymn Writers

This section contains 231 Sunday school songbooks. Most are oblong and were published between 1838 to 1897. There is a substantial collection of songbooks by William Bradbury. Other popular authors or compilers include Asa Hull, John Kurzenknabe, Robert Lowry, William Odgen, Tullius O'Kane, Theodore Perkins, Phillip Phillips, George Root, and Horace Waters.

This section contains 175 denominational hymnals published between 1800 to 1966. Although a number of denominations are represented, Methodist and Baptist hymnals tend to dominate.

4. Hymn Books with Words Only

This section contains 166 psalters and hymnals without tunes. Most of the books were published between 1714 and 1892; however there are a few early twentieth century books as well. In addition to a number of Methodist hymnbooks, there are numerous copies of Asahel Nettleton's Village Hymns for Social Worship, Sebastian Streeter's New Hymn Book, and Isaac Watts' Psalms of David.

This section contains 42 books published between 1800 and 1879. Some of the books are by Peter Myers, Henry Smith, and John Totten.

This section contains 51 books published between 1786 and 1890 with a couple of twentieth century books. In this section the books range from J. W. Dadmun's Melodeon to Joseph Hillman's Revivalist to Asa Hull's Sacred Harp to Joshua Leavitt's Christian Lyre to a 1786 print of Isaac Watts' Psalms of David.

This section contains 90 books by Lowell Mason published between 1818 and 1872.

11. Sacred Quartette and Choir Books and Church in Large Volumes

This section contains 42 large books published from 1800 to 1966. This section includes books such as Samuel Holyoke's Columbian Repository from 1800 and Henry Wilson's Quartettes of 1861.

14. Shaped Notes and Other Unconventional Forms of Notes

15. Eighteenth Century and Others