Newcomer Center
(enter from the south, follow the brick path trough the courtyard)

If you choose to use archival materials, you'll have to cite them in your bibliography.  Most finding aids include a collection citation in the "Administrative Information" section.

If there is no finding aid for the archival materials you use, you can formulate your own citation according to the Archival Citation Guide.

Here are some ideas of research topics you might pursue using archival materials:

When Jacob A. Ressler suggested to Lina Zook in 1901 that she become his bride, he was half a world away, literally!  Jacob was an early Mennonite missionary in India, and Lina worked in Elkhart at the Elkhart Institute (the predecessor to Goshen College).  At the time of Jacob's suggestion, they seemed hardly known to each other at all. But over the course of 18 months -- just through letters-- they grew to know and love each other.  They were married in 1903 and remained together until Jacob's death in 1936.

How does a courtship by text alone work?  It seems foreign to us, and yet Notre Dame linebacker Manti T'eo in 2013 discovered he loved a woman who didn't exist whom he knew only through an online relationship.  There is much to explore here about the written communication of love as a surrogate for the verbal and non-verbal communication of love.  The Ressler - Zook courtship correspondence is quite substantial and may be found in the archives in the Jacob Andrews and Lina Z. Ressler Papers.

(2) Will It Play in Peoria... or Lancaster?  Communicating a Marketable Faith at the Mennonite Publishing House

How does a religious publisher decide what to publish?  Who speaks for a religious denomination?  What issues receive attention in religious publications?  What issues are too controversial to address and why?  Get an inside look at book and periodical publishing decisions made at the Mennonite Publishing House from 1950 to 2000 by studying the decisions of the Herald Press Book Approving Group or the Publishing Committee.

In the 1970s and 1980s, the (old) Mennonite Church's Mennonite Board of Missions advertised on TV and in print media.  Surprised?  Don't be!  Lots of churches engaged in advertising as evangelism.  Study first hand the reasons churches got involved in advertising and what church advertisements emphasized by conducting research in the Mennonite Media Meeting Minutes or Director's Correspondence and Subject Files.

(4) Not as Old as the Grand Ole Opry, but Not Much Younger Either

The Mennonite radio show The Calvary Hour was first broadcast in 1936, 11 years after the Grand Ole Opry began.  The Calvary Hour ran for 75 years, despite its early rejection by (old) Mennonite Church leaders who did not approve of the use of the radio for ministry.  Why was it so popular?  Who listened to it?  What radio stations carried it?  How did it retain its listeners?  What made it a "Mennonite" radio show?  There are many, many questions to explore in the records of this surprisingly successful ministry.

(5) "When I Was Young, I Walked Five Miles Uphill to School, Both Ways"

The oral tradition is an important way of communicating stories from one generation to another.  Oral histories are recordings and/or transcripts of interviews conducted to capture the memories and experiences of everyday people.  We have a number of oral history collections in the archives, but one that might be especially interesting to study is the Mennonites in the Military Oral History Project.  Military service was forbidden in most congregations of the (old) Mennonite Church  How do Mennonite veterans talk about an experience that sets them apart from most of their brothers and sisters in faith?

Did you know there was a service called MennoLink that catered to early Mennonite adapters of email and other networked computing services of the early 1990s?  Me neither, until I discovered their records in the archives!  What made Mennonite computer users different?  What possibilities emerged as the first Mennonites got online?  Find out by taking a look at the MennoLink Records.

Are there other historical topics you're considering?  Let me know!   I'm always happy to help you find records to match your research interests. 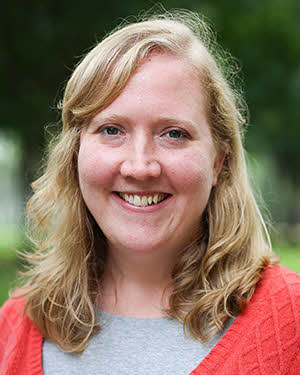